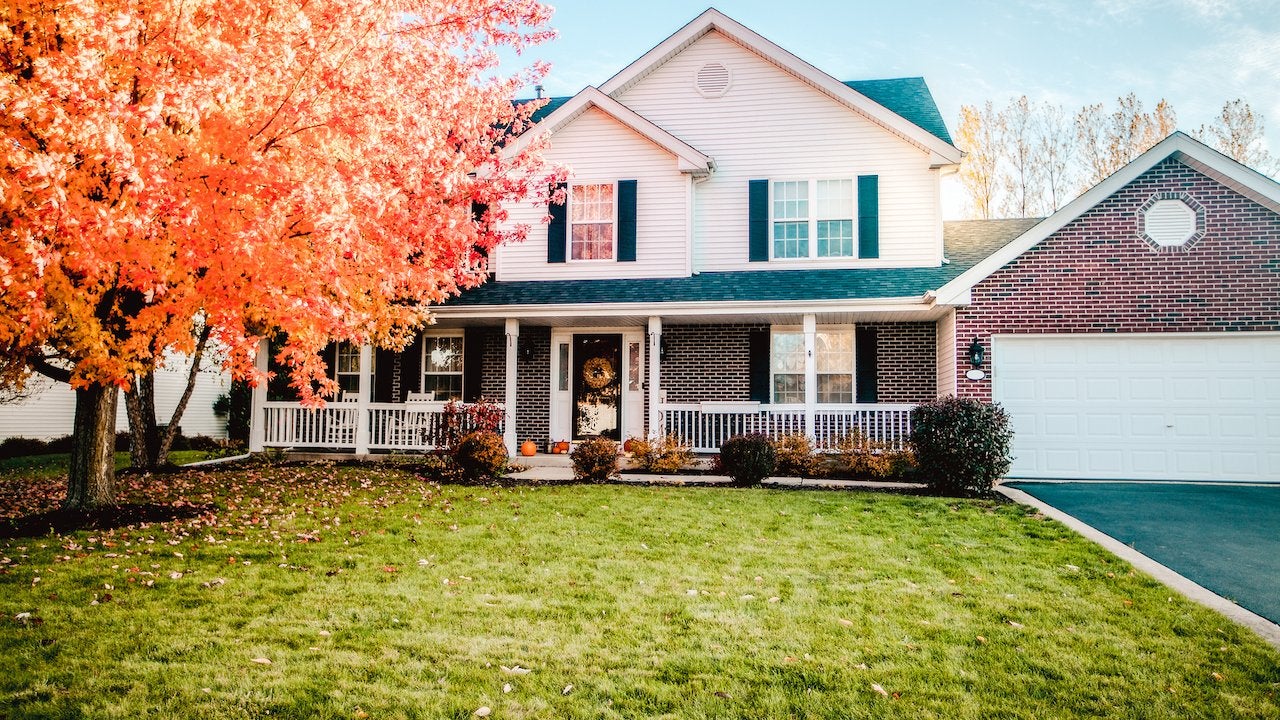 It is not by surprise that the increasing interest rates are putting Canada’s housing markets at their low point. In most markets, activity is still much below pre-pandemic levels, and prices have continued to decline since their high earlier this year. The most recent local real estate board reports did reveal some intriguing subtleties, though. In Toronto (and possibly Calgary and Edmonton), the activity decline may be stabilizing, but as of October, it was still in full swing in Montreal (and to a lesser extent, Ottawa). Although it is not certain a sales bump in Vancouver last month signaled a turning point, it might indicate that the rate of correction is slowing down. With reduced rates of depreciation reported in all major markets in October, declining price trends appear to be generally easing.

There is a likelihood that the market will remain generally soft over the upcoming months, regardless of whether the activity is stabilizing, will stabilize shortly, or has already stabilized. Buyers will continue to face enormous challenges as a result of the enormous interest rate hikes so far and the further 25 basis-point increase anticipated from the Bank of Canada by year’s end. If you are planning to be among the buyers you better be ready for that. In a lot of markets, poor affordability is a major barrier that can only be significantly alleviated by lower pricing. Price declines are anticipated to continue through the spring of next year. According to a certain prediction, the national benchmark price will decline by 14% from the (quarterly) peak to the trough.

Despite experiencing some quietness in the last four months, the dramatic downward trend appears to be gaining stability. On a seasonally adjusted basis, home resales between September and October were unchanged (ching up just 0.2% from July’s 62,000 units) (annualized). Demand is currently being restrained by rising interest rates, it is quite evident. They aren’t, however, increasing supplies either. There are currently no signs that rising rates are causing a flood of distressed sales. Following a significant decline this spring, demand-supply conditions seem to be leveling off. Despite the pace beginning to slow down, property prices continue to decline.

In October, the composite MLS HPI fell for the seventh month in a row by 1.1% m/m, which is less than a third less than the 3.4% average monthly decrease from April to August. The index has already dropped 18% (or $237,000) from its peak in March, reversing nearly half of the $504,000 boost it had earlier in the pandemic. The index fell below the level of the prior year in October for the first time in more than three years (by 1.3%). The majority of the depreciation was accounted for by the single-family detached sector (down 3.7% y/y). Condominium prices are holding up better than house prices; their index is still 7.5% higher than it was a year ago. These divergent tendencies are anticipated to continue in the foreseeable future.

The recession is not likely to go away. At this point, more buyers are staying away, supplies are growing, and prices are continuing to go down. However, things are not at all dire. Inventory levels are still historically low although rising, and demand and supply circumstances are fairly balanced. Prices are either somewhat higher than they were a year ago or about the same, depending on the metric and region being examined. In any event, they’re still considerably higher than pre-pandemic levels by about 40%.

Shortly, it is expected the market will continue to shrink in a more controlled manner as rising interest rates continue to mount pressure on consumers. As for resale home sales, they are expected to remain poor. However, an estimated 2.6% m/m decline in October might indicate a slowing of the rate of decline. This is a decrease from the preceding three months which had an average of 7%. Additionally, with activity currently at a seven-year low (not including the lockdown period in the spring of 2020), it is believed the bottom may be in reach (early 2023).

Buyers in this area are at the moment facing what can be referred to as very difficult circumstances. Rising interest rates have taken a toll on affordability and significantly put the demand on a downward trajectory. Following a steep decrease of about 44% in activity since March as a result of the Bank of Canada’s hike campaign, the previously extremely tight supply-demand conditions were quickly put to order. Although it is unlikely that this will signal a turning point, it is estimated that home resales increased by more than 10% m/m in October.

Given the severe affordability concerns, we anticipate that activity will remain subdued for a bit longer. Since the peak in April, property values have decreased by 9.2%, with a 0.6% monthly decline in October (based on the MLS HPI). In the foreseeable future, prices are expected to continue to decline, albeit at a slower pace. The fact that the decline in October was the least in the previous five months suggests that.

Calgary is one of the few markets that are still operating way above pre-pandemic activity levels and it continues to defy the trend in many ways. In October, it is projected that home resales even increased by a little under 5% m/m. Demand and supply balances are still typically tight notwithstanding an increasing trend in inventories. The MLS HPI is down 4.2% since its peak in May, and for that reason, prices haven’t stopped falling, but this has kept the correction in check compared to what has been witnessed in most big cities.

Homebuyers in Calgary have not been exempted from the decrease in purchasing power occasioned by increasing interest rates. In the foreseeable future, it is anticipated that this will keep the pressure on prices declining. Despite this, there is a possibility that Calgary’s real estate values may recover more quickly than those in most other markets. Once interest rates normalize, tight demand-supply conditions will inevitably take the lead in determining price movements. In-migration that is rebounding is also probably to provide a conducive environment for the market. 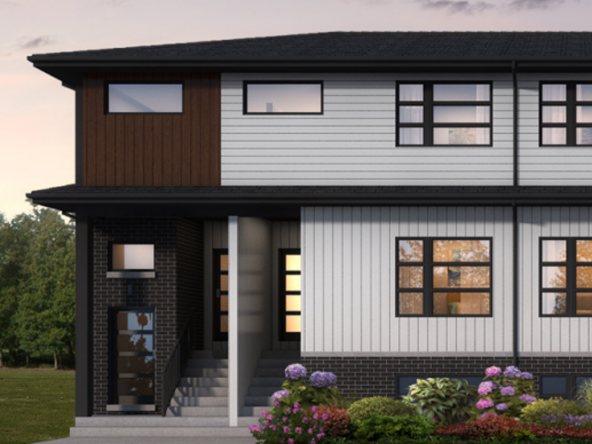 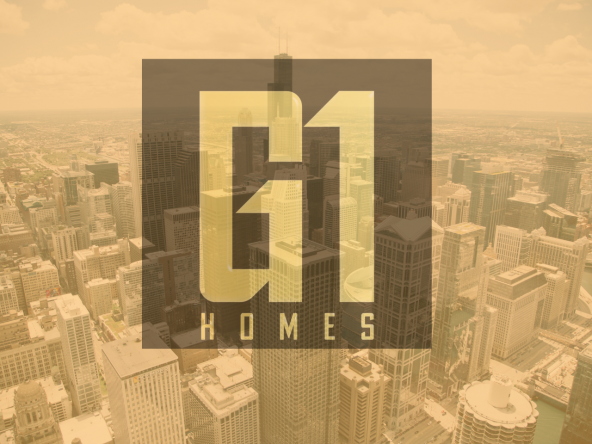 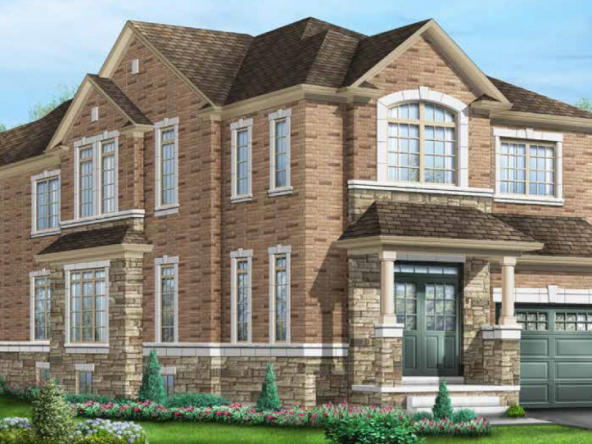 What Impact do Rising Interest Rates Have on Toronto Housing Market

Is the GTA Housing Market Going to Crash in the Summer of 2023?

Why Home Renovation Costs are Coming Down in 2023?

How Will Immigration Impact Home Prices in Ontario in 2023?

Will Interest Rates Keep Going Up in 2023?

How are Increasing Interest Rates a Great Opportunity for First Time Home Buyers in 2023?

Why is Above Condos Mississauga a Great Project to Invest in in 2022?

Pros and Cons of Investing in a Condo in Toronto

What Makes Real Estate Investments so Much Better Than Stocks

Where to Invest in Canada for Best Returns On Your Investment

Is Investing in Real Estate in Canada a Good Option?

Why is Housing in The Greater Toronto Area So Expensive?

Is it a Bad Time to Invest in Toronto Real Estate?

Will Pre Construction Condo Prices Keep Going Down in 2023?

How To Buy Pre Construction Condo On A Limited Budget

Is It Cheaper To Buy Pre Construction House Or Build Your Own House In Canada?

New Homes For Sale In Milton: Welcome To Soleil.

Will Pre Construction Prices Go Down In 2023

Is Buying Pre Construction Home Worth The Risk

When Will The Cost Of Building Materials Start To Go Back Down?

Thinking Of Investing In Toronto Pre Construction Condo Market? Here Is A List Of 10 Things You Should Know Before Investing.

Why Midhurst Valley Is A Best Choice For Buying New Home

Why Investing in Brampton has Higher Returns than Barrie

Is September 2022 the Right Time to buy a New House in GTA?

How Does Buying a Pre Construction Home Work?

How to buy a Pre-construction Condo in Toronto

How does Buying Pre-construction Work?

Is it Better to buy Pre Construction?

How to buy a Pre-construction House

Should you really be investing in Whitby in 2022?

Can You Get a Mortgage for New Construction?

What is the Cost of New Construction per Square Foot?

How to Finance New Home Construction

How to Buy Pre Construction Homes

Why Should You Invest in Mount Hope Townhomes in 2022?

Hometown Hillsdale – Why it is the Best Project Near Barrie

10 Reasons Calgary Real Estate Prices are Going up in 2022

Why should you invest in M5 Condos in Mississauga?

Celeste Condominiums is an excellent investment opportunity in Toronto.

Exciting things that you need to know about Avia condos

Why would Express 2 Condos be a surprisingly convenient place to live in?

UPtowns at Heart Lake, the housing you’ve been waiting for is finally here!

Toronto Condo Prices Are About To Shoot Up With A Proposed 49% Increase In Development Charges!

Why are Pivot Townhomes a functional work of art?

The Fifth At Charisma

Exciting things that you need to know about The Bristol Place

What Makes Southport in Swansea Condos Your Perfect New Investment

Why Terra Barrie Could be Your Next Investment Opportunity?

What Is driving Toronto’s High Prices Even Higher?

Is It Better to Buy or Rent? Top 10 Things You Should Know Before You Make a Decision

The Stanley District is an exceptional opportunity to invest in Niagara Falls.

5th At Charisma, the Condo project you have been waiting for is finally here!!

Top 10 Reasons Condo Prices Are Going Up In Brampton

What Makes Fernbrook Homes the Finest Of Home Communities?

Lakeview DXE Club, spectacular condo project that is coming to life in Mississauga

Why Daniels OMG 2 Condos Are The Best Investment That You’ll Make?

How to Buy a Pre-Construction House in Toronto

Why Brampton Is a Great Place To Live In 2022