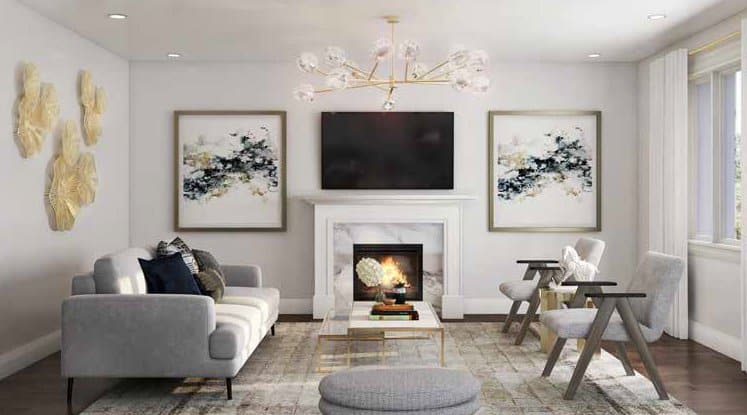 Caledon Club Towns is a new townhome development coming in Brampton develop by Fernbrook Homes and Zancor Homes. The location is nearby from the heart of Brampton, 11678 McLaughlin Road.

Only 15 minutes to downtown Brampton, residents will be able to take a stroll down the charming Main Street. Take in a show at the celebrated Rose Theatre, a hotspot for live performances in the heart of Brampton. Enjoy a warm summer night at Gage Park, a charming city park that hosts many city events, concerts, and community celebrations.

Many other green spaces and parks rest nearby, including Bach Park, Joyce Archdekin Park, and essentially across the road are two major golf courses, Brampton Golf Club, and Peel Village Golf Course. The nearby Meadowvale Conservation Area is just south, and provides a relaxing escape to nature only a short drive away.

Nearby staples like the Apple Factory, and Brampton Farmers Market are treats for the whole family, and bring a feeling of community to your usual shopping. Parents will be glad to know there are a number of great schools nearby, including Centennial Sr. Public School, Bishop Francis Allen School, Sir Wilfred Laurier Public School, and Brampton Centennial Secondary School.

Brampton is a suburban community known for its convenience, and the neighbourhood surrounding Shoppers World Condos might be one of the single most convenient in the city. This project will be integrating an existing shopping mall and retail spaces with condominiums. This large 58-acre development will be teeming with retail outlets, stores and services.

Other nearby services and local amenities include the Mississauga Convention Centre, Brampton Arena, the CAA Centre Sports and Entertainment Complex, and Sheridan College Davis Campus.

Caledon Club Towns is close to the Brampton Gateway Terminal which already hosts 15 bus bays with connections to bus lines all around Brampton. In the future this terminal will act as a northern terminal for the Hurontario LRT – this express line will begin operations in 2024 and run 18 kilometres connecting to the Port Credit GO Station, allowing residents to travel quickly throughout Mississauga.

GO Transit maintains a strong presence and wealth of choices for commuters with stations and train lines in Mississauga and Brampton, with bus services to Caledon. Meadowvale Go Station is just 25 minutes drive from Caledon Club Towns, giving residents access to two major GO transit lines, the Milton line and the Kitchener lines, respectively. These two connections open up countless options for commutes and transit across the GTA.

Highways like the 401, 400, 407, and the QEW connect Brampton to the rest of the “Golden Horseshoe” of Ontario, up to the “cottage country” of Barrie and the Muskokas, and of course, straight downtown in the hustle and bustle of the Toronto core. Caledon Club Towns is located only minutes from Highway 407, making commutes by car a simple prospect as well.

Not too far away, Mississauga, Peel’s most southern city is the home of Lester B. Pearson International Airport, Canada’s largest airport. International flights are only a 17 minute drive away.

Fernbrook Homes Group is also based in Canada, and has over 30 years of experience. Driven to create memorable, iconic homes, Fernbrook works closely with their customers to ensure satisfaction with homes. They work closely with buyers at every stage, keep them informed and involved as the project moves forward.

Led by Danny Salvatore, Fernbrook has grown over it’s three decades from a modest home builder to an organization with over 100 professionals and thousands of homes and communities in it’s portfolio.

With a reputation for building distinctive communities, buildings with unique and compelling architecture, and for incredible customer service, Fernbook Homes is becoming a staple in the Toronto GTA real estate scene.

The big takeaway within Peel Region is growth. All across the region, new projects are starting, new buildings and homes are rising, and new families are calling Peel home.

Brampton is a suburban community that offers the conveniences of downtown living, with the space and “small town feel”. Pre-construction prices in Brampton are in the mid $350 range and are considered healthy investments as the city has been named one of Canada’s fastest growing municipalities.

With that in mind, Caledon Club Towns represents the best example of that growth. An existing mall and retail park being reimagined into a living, breathing community, is a prime instance of the ways developers are enriching neighbourhoods in the GTA.

The goal with Caledon Club Towns is to create a new downtown in Brampton – and with all these amenities and services built right into the development, it’s easy to see why this will be a hot-button development in the coming years for the Peel Region. Combining the developments robust transit strategy with its proximity to Sheridan College Davis Campus, and a number of other institutions, Caledon Club Towns will also be a very attractive location for buyers looking to live a little further out of the downtown while still retaining a convenient connection. 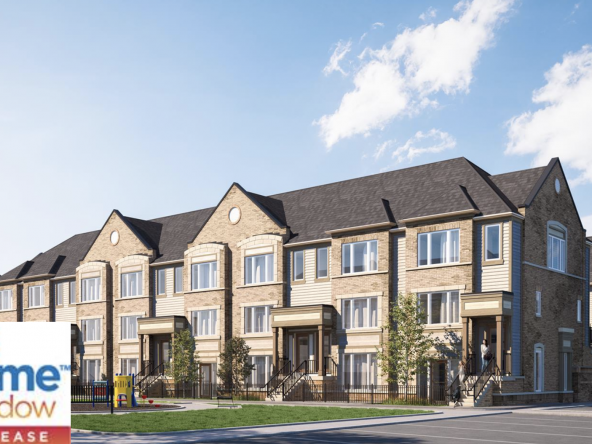 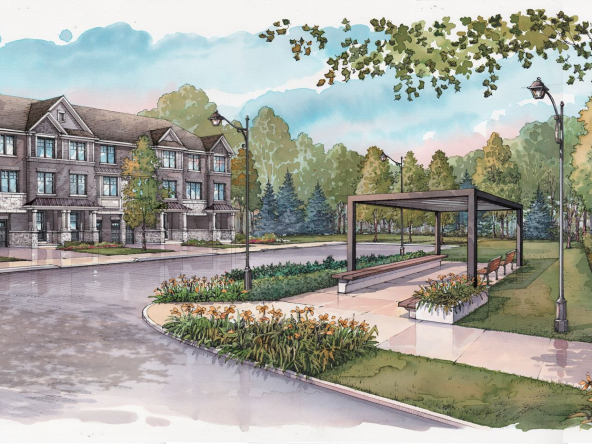 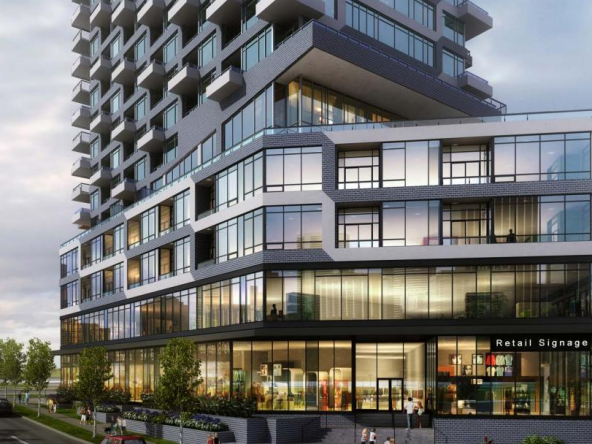 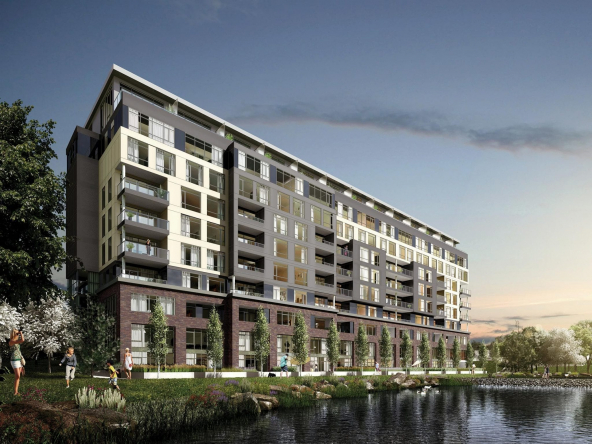 Genesis On The Park 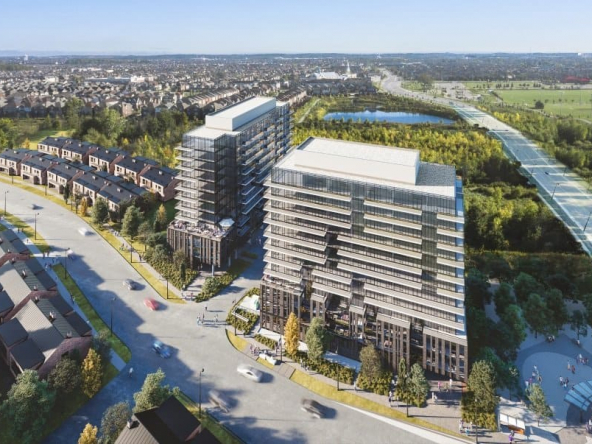